It's been awhile since I posted anything. I'm finding my time and my physical resources limited more each day as I near the end of this pregnancy. But there are many things to be thankful for.

.... for finally being able to wake up before everyone else!
.... for a morning walk - alone.
.... for nice weather
.... for growing and learning children who constantly amaze me.
.... for good books to read.
.... for blooming flowers and nesting birds.

And most of all, Glory to God for my mother, whose birthday it is today. Happy birthday, Mom! 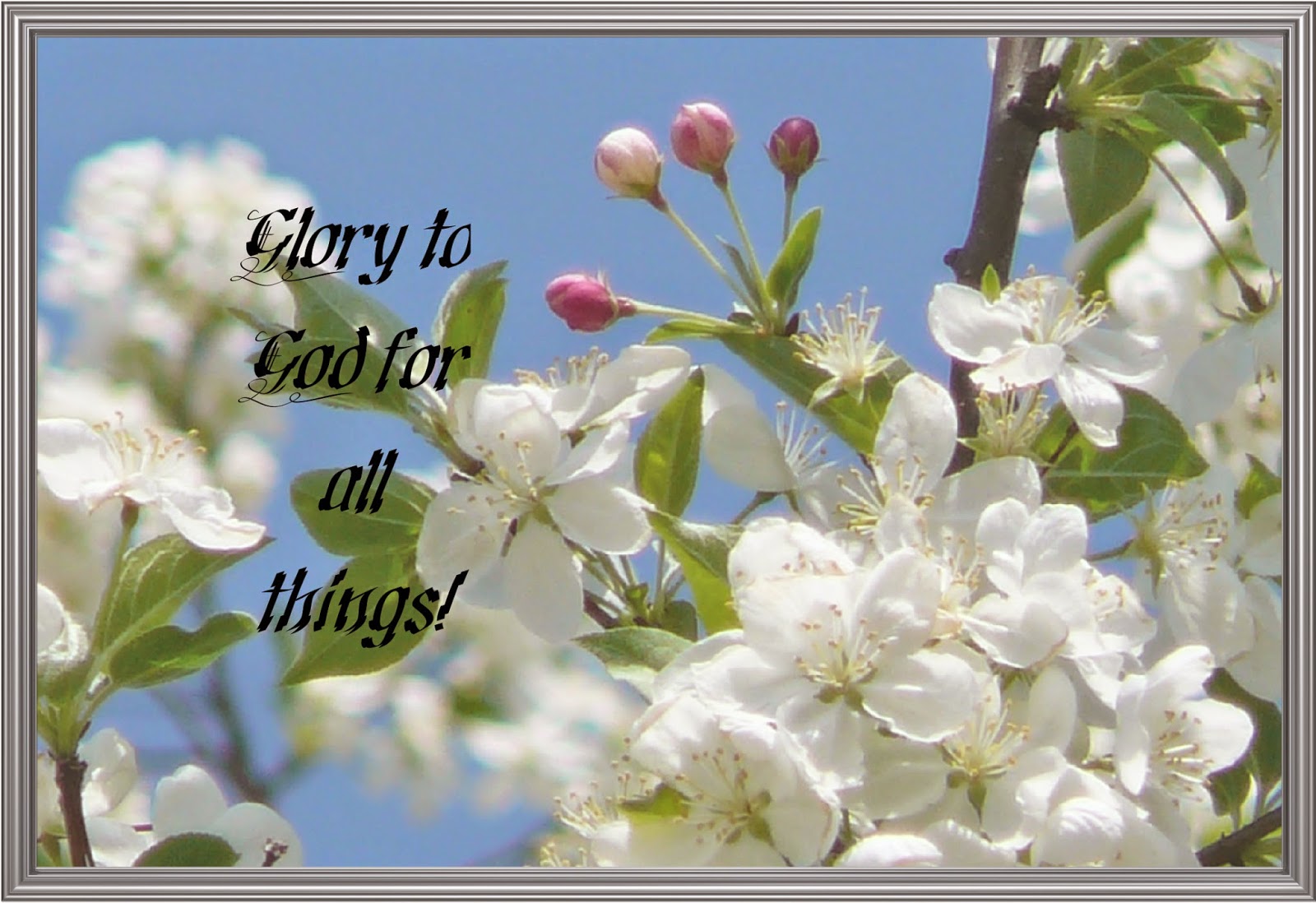 Email ThisBlogThis!Share to TwitterShare to FacebookShare to Pinterest
Labels: Glory to God, motherhood

O Death where is your sting?


From the Paschal homily of St. John Chrysostom

Email ThisBlogThis!Share to TwitterShare to FacebookShare to Pinterest
Labels: Orthodoxy, Wednesdays with Words

Today Hades cries out groaning:
“I should not have accepted the Man born of Mary.
He came and destroyed my power.
He shattered the gates of brass.
As God, He raised the souls I had held captive.”
Glory to Thy cross and resurrection, O Lord!

Today hath Hades groaned, crying:
"My power hath vanished, because I received a dead Man as one of the dead,
but I could not hold him completely.
Rather, I lost with Him those who were under my reign.
From the beginning of time I have held control over the dead, but this One raised all."
Wherefore, glory be to Thy Crucifixion and to Thy Resurrection, O Lord.

Today hath Hades groaned, crying:
"My power hath been swallowed up; for the Shepherd, crucified, hath raised Adam;
and those whom I had possessed I lost.
Those whom I had swallowed by my might, I have given up completely;
for the Crucified One hath emptied the graves, and the might of death hath vanished."
Wherefore, glory to Thy Cross, O Lord, and to Thy Resurrection. 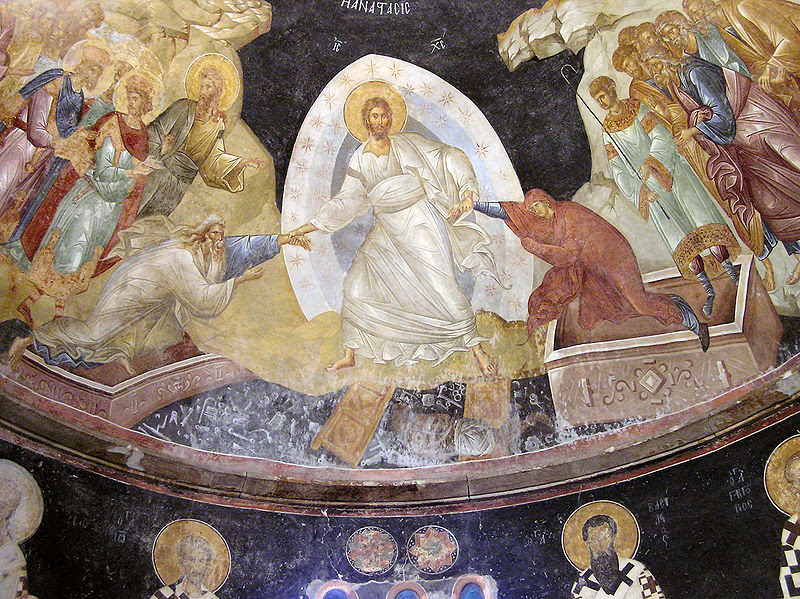