On Two Books That Have Shaped My Life

I have been thinking quite a bit about how Ideas are food for the mind and how even one idea, planted as a small seed has the capacity to grow into something monumental.

I have read hundreds and hundreds of books in my life (possibly thousands? I've never really tried to count...) and there are many, many books that I can say that I love. Some of them I have read multiple times, others only once. Some I will always remember, others I can barely recall. But of all the wonderful and not so wonderful books that I have been exposed to in my lifetime, there are only two that come to mind,  without fail, every single time I think about books that are important to me. 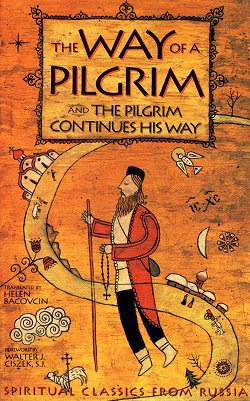 The first one I encountered when I was about 12 or 13 when my family drove to Florida to visit my grandmother for a couple weeks during the summer. It was a long drive and on the way my dad had an book on tape that he wanted to listen to for himself. And since we were captive in the car, and since this was pre-personal handheld devices, we all had no choice but to listen as we stared out the windows watching the miles pass by. The book was called The Way of a Pilgrim.

The Way of a Pilgrim recounts the journeys of a Russian traveler who seeks to learn how to practice the kind of ceaseless prayer spoken of by St. Paul in his first letter to the Thessalonians. He visits an elder and learns from him how this can be practiced by means of the Jesus Prayer: Lord Jesus Christ, Son of God, have mercy on me. The pilgrim learns how to practice this prayer of the heart and, after the death of his elder, continues on his way and encounters many people in various situations who have also learned to use the Jesus Prayer and have had their lives transformed by its practice.

It is a simple story, told in a simple way, but the effect of this book on my life has been such that I would not be the person I am today had I never encountered it. I have certainly not acquired the habit of ceaseless prayer (yet!), but I know that it is something that I can and should strive for and that it is not reserved only for our beloved monks and nuns in their monasteries.

The second book that has impacted me so deeply is a tiny little booked called Way of the Ascetics. This book was recommended by a priest whom I greatly admire when he gave a talk at a college conference that I attended during one of my winter breaks while I was in school. Each chapter is short enough to read in less than 5 minutes and is so packed with wisdom that a person could read it daily for years and still glean new ideas every time. 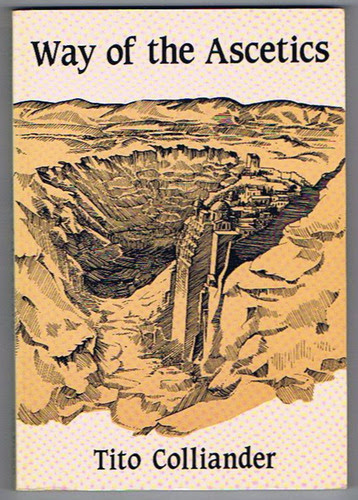 Way of the Ascetics is the kind of book that needs to be read slowly and meditatively and it has shone light into my soul in a way that I did not realize was possible. As I read this book, year after year, I have been able to begin to see myself in a way that is more true and is not covered over by self-deception. Little by little I have begun to slowly (and many times painfully) apply the wise suggestions found here. The road it lays out is long and hard and I am still only at the very beginning (if I'm on it at all).

The impact of these two books on my own life has only been exceeded by that of the Bible. Actually I can say that they have enhanced the impact of the Bible on my life because they have shown me ways in which it can be lived and breathed during every moment of every day. The ideas planted in my mind have influenced me in such a way as to drive me ever more urgently to seek God first in all things. Glory to God!


I would love to hear some of your favorite books, or those that have had the most impact on your life.

I really enjoy feedback and discussion, so please don't hesitate to comment!